Should I Cancel My Trip to Punta Cana?

This is a question we’ve been hearing over and over these past few weeks. With news stations in the US constantly circulating stories about the Dominican Republic, it’s easy to feel afraid and to start contemplating your travel plans. But should you really cancel your trip? We’ll give you some of the facts to help make that decision a little easier.

Let us start by saying that our thoughts and prayers go out to all the victims and families that have been affected by recent events in the Dominican Republic. It’s all of our worst nightmares to lose a loved one, and even more if it happens while on vacation.

And our hearts are so heavy writing this! First, because of the reported incidents, and second, because this country we love so much has been under attack by the media. And we feel that they are blowing the situation way out of proportion.

Even though there have been some tragic incidents, it does not justify blacklisting the country as a whole. The media has not been fair or realistic while covering these stories, and they have resorted to scare tactics to try to influence everyone. All with the goal to stop people from traveling to the Dominican Republic. And so far, they have been pretty successful. Although this is not unusual behavior from the media, we have to learn to recognize when situations are being sensationalized for attention.

So here’s some insight (from people who actually live in Punta Cana) so you can see what’s really going on.. 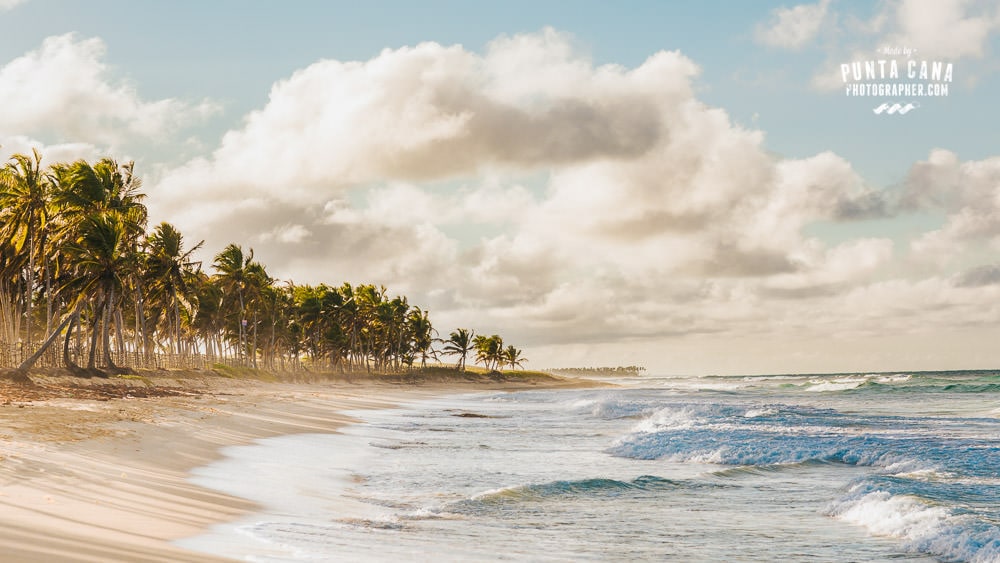 Yes!! We’ve lived here for years, and we’ve seen first hand how Punta Cana has only gotten safer as it continues to develop as a tourist destination.

Whether you’re at a resort or around the town in Bavaro, you’ll always see people laughing, dancing, and having a good time. Punta Cana is a melting pot of people from different cultures, but we all have one thing in common: We love living here!

If you’ve traveled here before, you’ll know what we’re talking about. Sunshine, palm trees, and the beach. What’s not to love!?

And nothing has changed! Punta Cana’s still the same place you (and we) fell in love with. It has not suddenly become more dangerous!! People are not dying at an alarming rate, despite what the media has shown. Actually, nothing about our safety has changed at all. And neither has yours if you decide to come here on vacation. 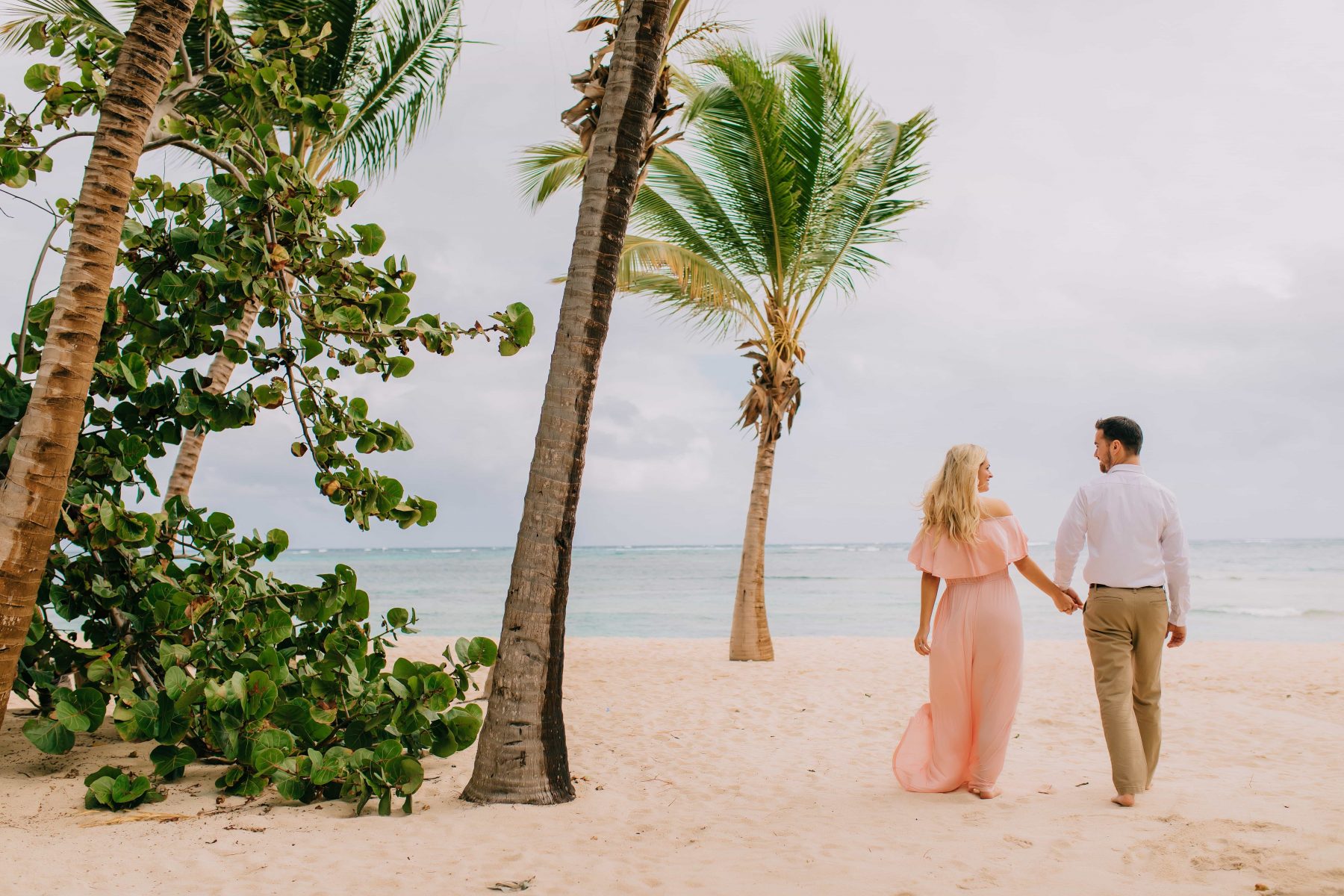 But What About The Recent Deaths?

Over six million people travel to the Dominican Republic each year. Out of those six million, about 2.2 million are from the United States. There have been nine deaths reported so far this year (some of which were due to natural causes*). For those of you counting, that is nine out of 2.2 million – That’s a percentage of .000004%. Did you read all those zeros?? Yes, there are 5 of them. That’s a rate of .4 per 100,000 people. So your chances of dying on your trip are actually less than they are if you stay in the US where the rate is 5.3.

Yes, that’s right! You’re actually safer in the Dominican Republic than you are in the United States!

Below you can see the current rate in Punta Cana compared to the most recent data from popular tourist cities in the United States. Be advised that numbers listed from US data don’t include deaths from mass shootings so numbers may actually be higher than reported. 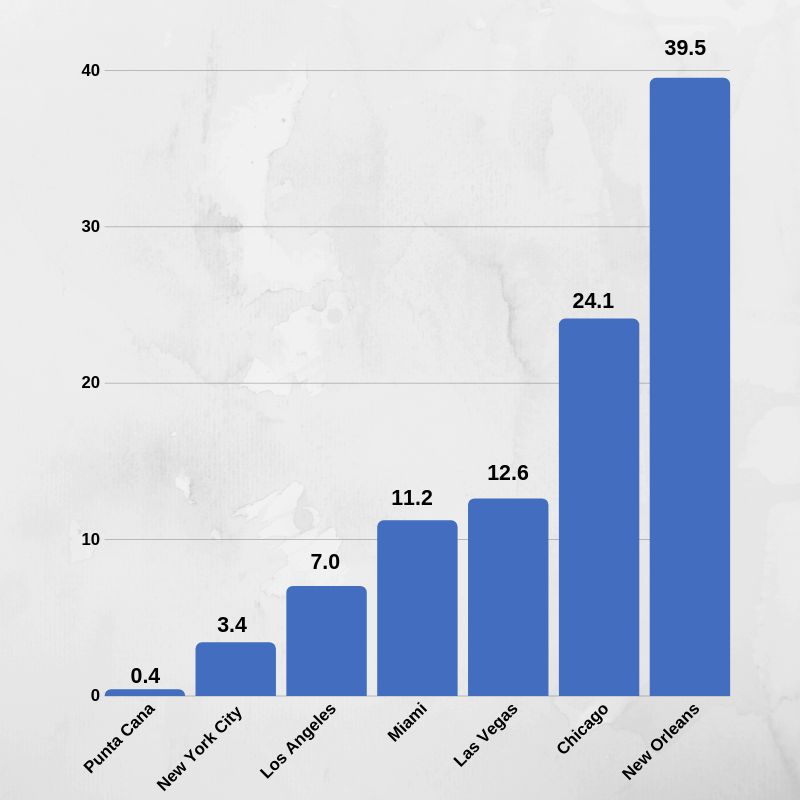 All of these cities are significantly higher than Punta Cana and the Dominican Republic!

According to the US Department of State, the FBI has released toxicology reports for three deaths (Cynthia Day, Nathaniel Holmes, and Miranda Shaup-Werner). They have ruled out tainted alcohol, foul play, or violence as the cause of death. It seems that the FBI is still investigating, but to date, their findings have been consistent with Dominican Authorities, who confirmed the deaths were due to natural causes.

I would like to reiterate here that these deaths were tragic! People were on vacation and never returned home. Their families are still suffering, and I don’t mean to discount that in any way. My heart is with them, and I hope that they receive the answers and the closure that they deserve in this time of immense grief and suffering.

With that being said, I’ll return to my original post….

So Here’s The Truth About Punta Cana

I have to be honest and accept that bad things have happened in Punta Cana. There are cases of robbery, theft, and assault, and the stories of people who have died here are real. Without a doubt, there will be more people speaking up about their bad experiences in this country as we’re heading into high season. This is still a developing nation, and even though it can feel like paradise, it’s far from perfect.

We need to remember that as humans, we are not invincible.

Sadly, we live in a world where bad things happen every single day. In every country in the world. And as much as we hate it, that is the truth. We are not immune to death or violence because we are on vacation. We have to practice common sense by being smart and responsible no matter where we are.

Tips To Ensure You Have a Fun and Safe Vacation

So Should You Cancel Your Trip to the Dominican Republic?

We honestly think you’d be crazy to cancel your travel plans! But we can’t tell you what to do.

Ultimately, it’s your decision, and you have to decide what you feel is right for you and your family. If you’re ready for a beautiful beach vacation, we’ll be here waiting for you! 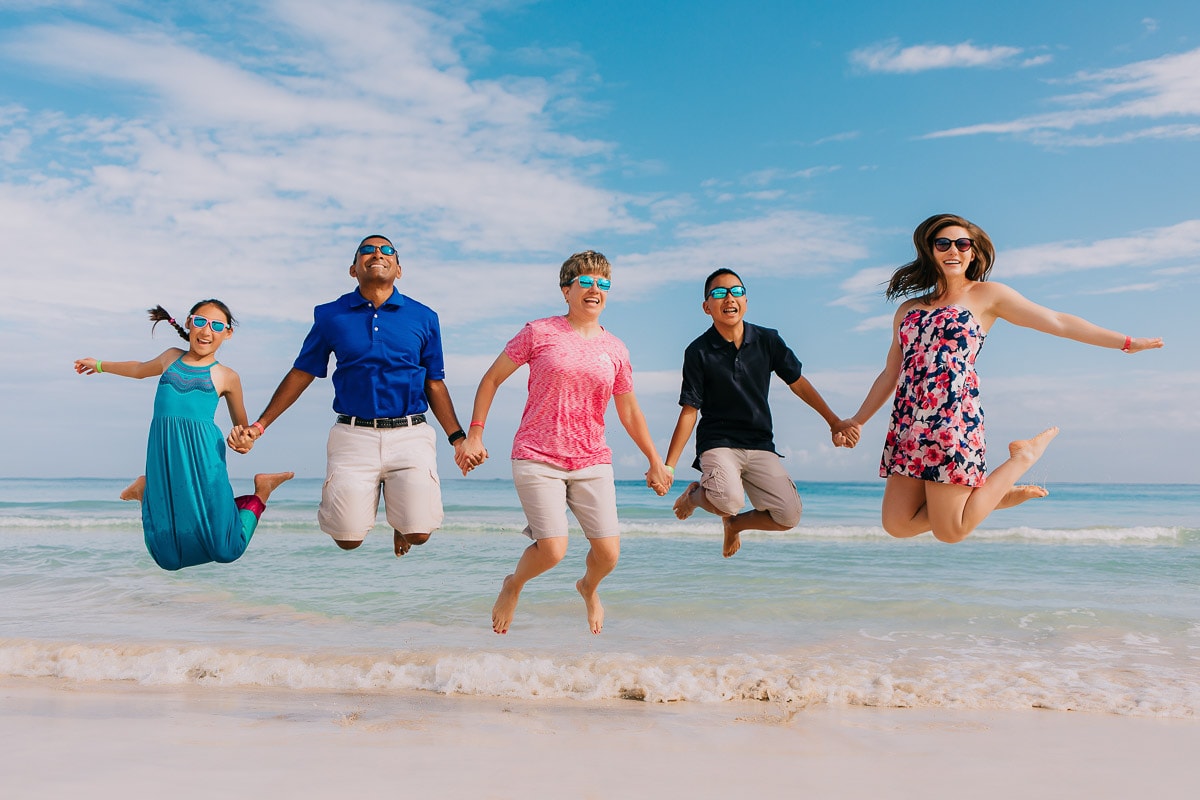